The young and the broke

It’s Friday afternoon. Four cars are parked in front of garage doors, though only one isn’t the parents’ car actually. A rehearsal room is being arranged in a former wood-workshop. The walls are covered with egg cartons and posters of idols. The place doesn’t look like a professional studio but it’s still better than a stinky ceiling. The band prepares for their debut show. A camera is set to capture the setlist. Mostly, to check if the band doesn’t look like a bunch of noobs on the recording. For the stakes are high. There are a few small-town metal bands competing with each other in the area. Everyone wants to outperform others and Dirtred means to beat them all. Inspired by Slipknot, Korn, Mnemic and Extol to name a few, the band creates their own interpretation of how modern metal sounds like. Reputation proved with skills, that’s what it’s all about.

Dirtred played six live shows before half of the foursome quit. Although we did hour-long sets, only three full tracks made it to Demostration — a debut EP. Others can still be found watching old live videos. It was a loss, but it was also just the beginning. 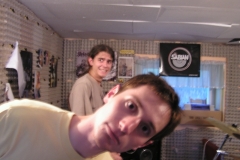 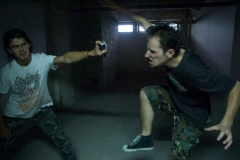 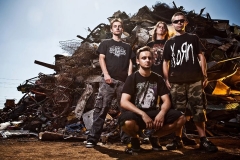 Who needs a drummer?

In the very same building where Demostration was recorded, three Dirtred members sit in the rehearsal room practicing new songs to backing tracks with Andrzej, the new vocalist . Although they’re based in Kraków now, one of the major cities in Poland, it seems like all good drummers are already taken. Dirtred looks up to bands that managed to release their music without a full line-up. Eventually, a session drummer is engaged for the new recordings.

These were crazy days. We all did bar-jobs, had more independence and less responsibilities. The new EP, called All We Know, came out in 2012 but lacked decent marketing. We like these records a lot, they still sound great. Unfortunately, live shows were out of range without a full line-up. For the next few years, Dirtred remained on hiatus. Sławek and Andrzej jumped to other bands, and Romek moved to Switzerland. 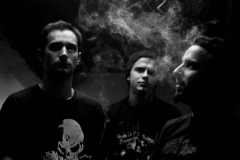 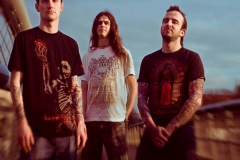 It’s nearly afternoon and an intercom rings at Sławek’s flat — known as Dirty Studio. He leaves the door open and sets microphone volume right for recording. There’s only one hour left before Andrzej has to go for an evening shift as a chief bartender, but that’s enough time to try new vocal ideas. Water’s ready, throat pills are handy. Luckily, neighbours have never complained about weird noises from behind the wall. Within a few months of such encounters, nine new songs were ready to be released.

Transmissions From Below came out in 2018. Although some reviewers criticized low-quality production, the album got positive and encouraging notes in general. The songs could definitely sound better, had real drums instead of samples, but it put Dirtred back to life with all good memories and vibe. 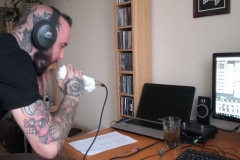 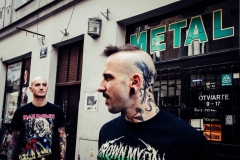 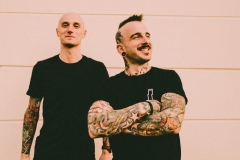 Back in the game

Dirtred is now back on stage with a new and as it occurs later, partially temporary line-up. After such a long break, it’s almost like another debut show. Shortly after two singles come up: re-recorded Cutters Lullaby and The Fountainhead - completely new song that gives a hint how the EP on-progress could sound like.

It seemed that the drummer issues are inherent for our story. We never really cared as it's just a matter of attitude, not a real obstacle. Our friend Jakub helped us with recording The Fountainhead and we don't think that such inconveniences will ever stop us from pushing things forward. 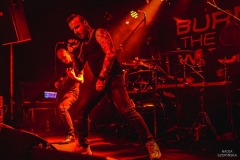 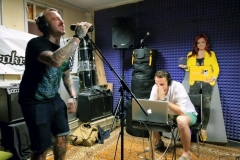